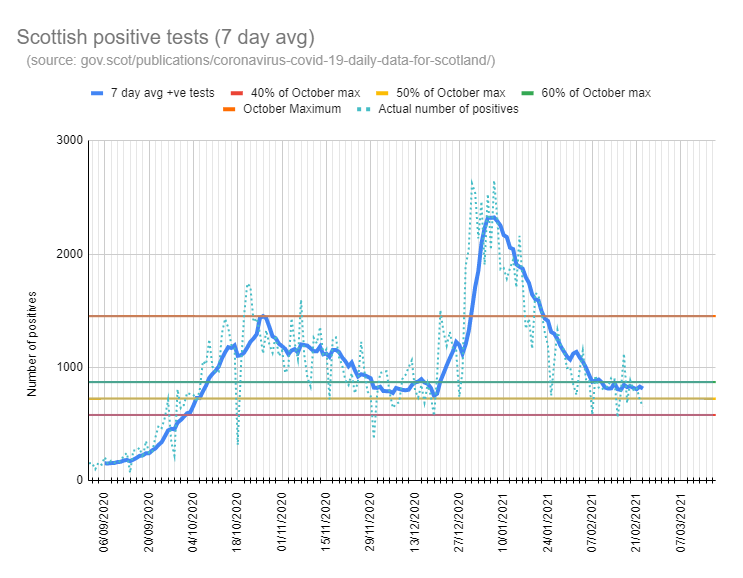 For clarity, all today’s stats come from Government stats at https://www.gov.scot/publications/coronavirus-covid-19-daily-data-for-scotland/

56 new reported deaths in those who have tested +ve (⇧56)

1076 admitted or moving through hospital with a recently positive test – through the 14 days prior to admission or having tested positive in hospital the last 28 days (⇩5.7%).

This means that since yesterday 19,753 people were vaccinated with their first dose and 5,861 with their second.

The ONS estimates 1 in 180 people had the coronavirus in the week 6th to 12th February – this is down a very long way from 1 in 150 the previous week. This is absolutely terrific news, obviously!

Graph 1 – Bouncing around that green line. This is the covid floor, I do believe. Maybe it’s going to be between the green and yellow lines?

Graph 2 – Positivity looks to have landed on a floor – or it is perhaps dropping slowly. The positivity rate now surely is a function of the testing protocols, hospital acquired infections and endemic illness.

Graph 3 – The reduced levels were a good sign for the levels of symptoms in the community (and for future positive test counts) but they are rising a little now. Hopefully they will settle back down. 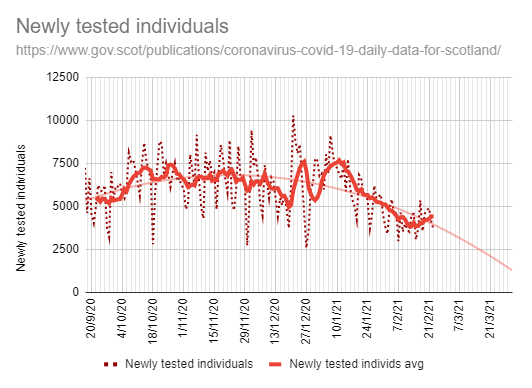 Graph 4 – Hospital occupancy continuing to fall fast, and is now smaller than the number of delayed discharges. This seems highly significant.. We’re well through the level we were at in the peak in October, and the trend in the drop is very fast. ITU occupancy has fallen again, which is a great relief. Deaths reported are higher than I was expecting – I just cannot understand how deaths can remain this high when positive tests have been coming down for so long and so significantly. They should drop to much lower numbers this week, you would think, from the case numbers. I really am going to be looking for some answers about this by the end of this week. 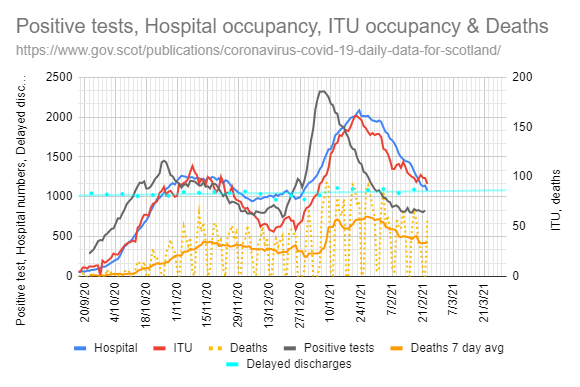 Graph 5 – NHS vs Community tests.. Make what you will of this. I think it’s worth adding it. Community tests are appearing to trend to nothing – did I miss an announcement on this change in strategy?

Graphs 6&7 – Deaths today are higher than I was expecting. They just are not dropping anywhere near the rate of positive tests and this really doesn’t make a lot of sense at all. ITU occupancy is also looking a little higher than we would expect. 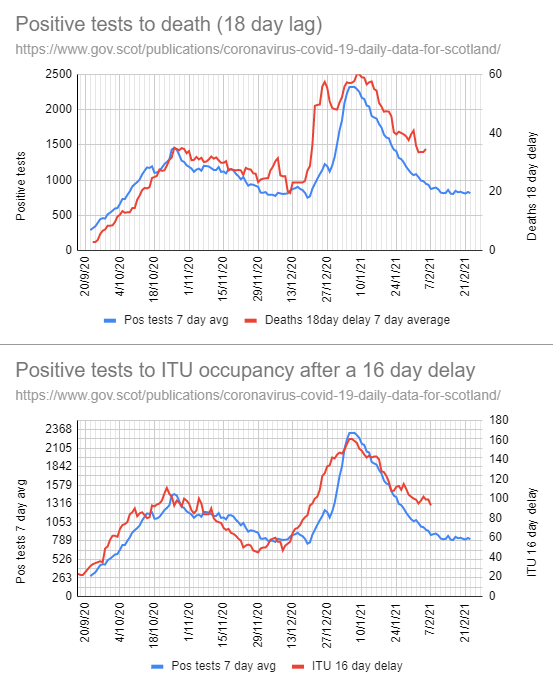 Graph 8 – ITU occupancy by region – are they flattening? 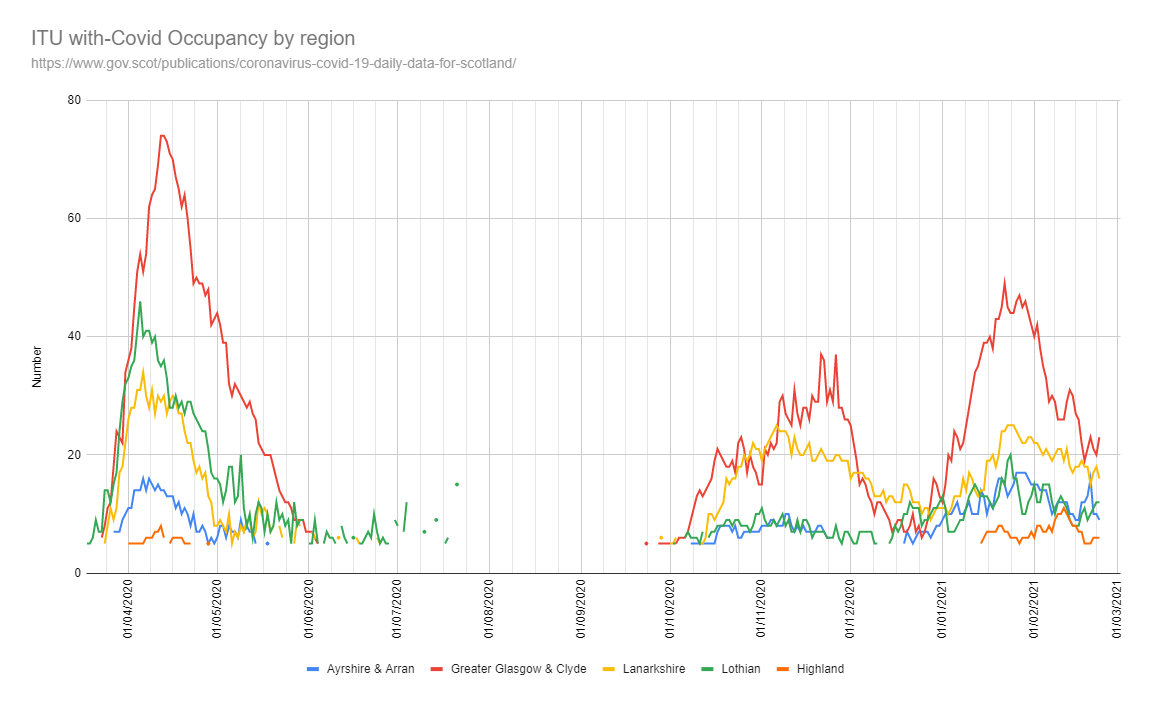 Graph 9 – Hospital occupancy by region – still extraordinarily fast rates of decline for most of them!! I can’t get over these. 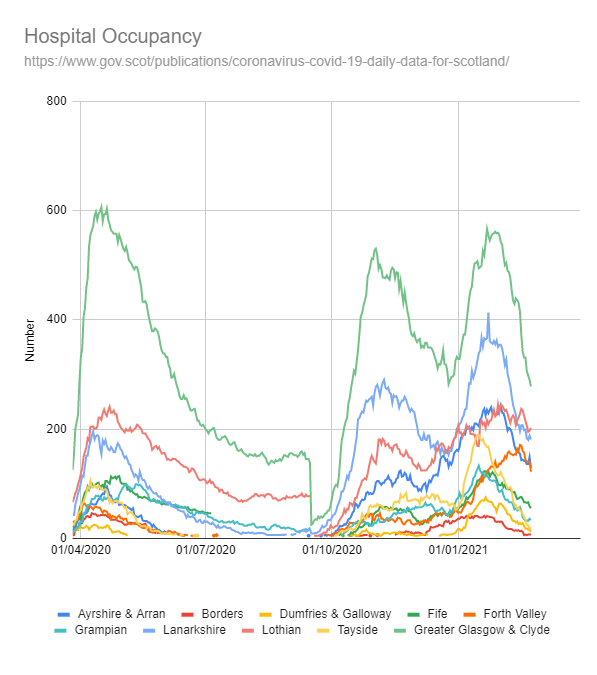 Graphs 10&11 – Vaccinations as seen below. First doses have slowed down by quite a long way. Second doses did take off but also seem to have slowed down. I don’t really understand why this is happening, but there it is.

Sign up here to get the latest news, and updates delivered to your inbox.
Scroll to Top